Okay guys, I don’t rant often. I don’t complain formally often either, but this time, I think I need to, if anything to get it off my chest.

So if you don’t want to read a rant/complain/bitch-fest, don’t fully open this post.

END_OF_DOCUMENT_TOKEN_TO_BE_REPLACED

Things have been quiet in De La Soul…. too quiet…

but that’s just because I have been working hard on so many things! (I’m not as organized as I seem.)

Two new releases for you this week PLUS both are in the 25L Tuesday Event!

To showcase the coming Valiant Armor set, that will match and work with the following Tunics, I have created these Helmet Displays. Show them off in your home, on the hearth or in your market armor stall.

Available in Silver, DirtySteel, and Bronze and includes versions with and without the face visor. At a relatively low land impact of 13-14 each!

There is so much put into these tunics, you may feel a bit swamped when you originally open the box!

Also includes a Chainmail HUD to change the texture of the chainmail on the Tunic Bottom to match the underwear layers!

MegaPack includes all the clothing pieces in the various colors, but only ONE set of HUD driven, texture change Prim Clothing pieces. This saves your inventory from the dreaded CLUTTER!

Two colors are not included in the MegaPack and are 25L until Aug. 1st! Afterward, same price as the rest! 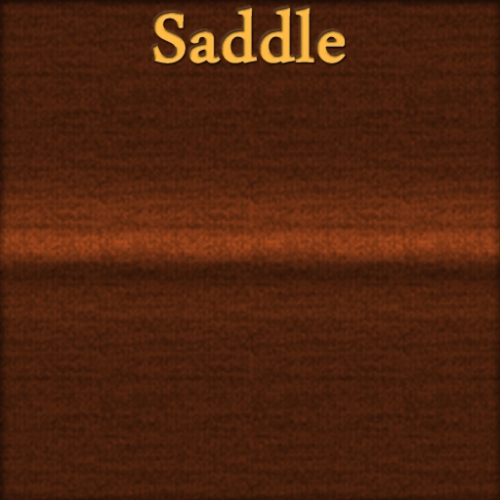 ❖❖❖❖❖❖❖❖❖❖❖❖❖❖❖
I am hoping to be able to finish the Armor sets soon, along with getting the petite versions done as well! If anyone knows of, or is, an animation creator and would like to help me out on this, I would greatly appreciate it!

Enjoy this week’s releases, and be sure to explore the rest of the sim, The Isle of Amras Roleplay, accessible via the hole in the ceiling or by taking the teleport below to see the other creations I have been working on while being so very, very silent!

We all have various reasons to Relay, to donate, to create for the Fantasy Faire in Secondlife. Each one of these reasons is valid and some, like my own, are rather personal.

Why do I Relay?

What drives me to join up, year after year since I found out about it in 2010?

She was an amazing woman. Even that word doesn’t say enough about her. She was one of the Board Presidents of the Cabbage Patch Settlement House in Louisville, Kentucky. She spent the latter years of her life caring for so many underprivileged children. She was proud, determined to make a difference, and strong. So very strong. The prim and proper Southern Belle, the epitome of a “Lady”. She believed in working hard for what you believe in to make the biggest difference that you can.

And she did make a difference. We all can.

My Grandmother had colon cancer that had spread to most of her major organs. She passed away right before my 16th birthday. We spent the few days before my birthday traveling down to Kentucky and seeing family, going through the things in her house. I went through the whole thing pretty well, considering I spent my 16th at her wake. I refused to go to her funeral though. I guess part of me refused to believe that she was gone.

My loss didn’t actually hit me until I got home and found the birthday card she had sent me, the day before she passed away. In it was all the cards I would never see, the phone calls that would never make the phone ring with that southern drawl on the other end.

I still have that card, and her cowlicks at my temples. I would like to believe that I somehow inherited some of her strength too.

This is why I relay. To remember her, and help make as big a difference as I can.

This year the Fantasy Faire broke its own records, raising over $24,000 USD that will be donated to the American Cancer Society in an effort to help keep even one more missed birthday, Christmas…

The Relay never ends. It won’t end until we have beaten cancer into the ground. Until we have a cure.

Even though the Faire ends on the 30th, that doesn’t mean the battle, or the war is over. I am one of the many creators that will keep fighting, by keeping the donation vendors up in our stores through July.

Every donation helps because, even the smallest grain of sand makes a wave when it hits the water.

Don’t stop fighting and never give up.

We WILL find a cure. It is out there.

We just have to reach for it.

This bill can pass. If it does the Internet and free speech will never be the same.

Join all of us to stop this bill.

The government can order service providers to block websites for infringing links posted by any users.

Risk of Jail for Ordinary Users

It becomes a felony with a potential 5 year sentence to stream a copyrighted work that would cost more than $2,500 to license, even if you are a totally noncommercial user, e.g. singing a pop song on Facebook.

Chaos for the Internet

Thousands of sites that are legal under the DMCA would face new legal threats. People trying to keep the internet more secure wouldn’t be able to rely on the integrity of the DNS system.

I have signed this, will you?

I have named the skin Lei…

and Lei, has a secret.. one you will have to find out later!

Re-tweaking the body a bit (the pecs bother me) and adding a bit more definition over those hips and legs, oh and the… can I say nipples on here? (oops. XD) But yeah, working on those too a bit.

I know.. I know I posted that picture earlier but I didn’t want to give it all away too soon.

*** NOTE: This skin is NOT released yet! It is a current Work-in-Progress!*** (So please stop messaging me about it? XD)

But.. since I DID post that image yesterday… here is a pretty from a storyline picture set I did.

Quick Info on what I am wearing:

Outfit – Trapp Hakama in grey (or did they call it silver? XD)

On Him… Dunno for sure lol

I think his wings are from illusions as well as the horns, ears are definitely Trapp as is his Hakama outfit, maybe the eyes too. Hair i think he said was Uncle Web? Tattoos and skin I am clueless on. Sorry.

Post editing done was simple cropping and adding in the smoke. God I love shadows. Thank you Firestorm!

As always.. sleepless and day-walking the labyrinths of my mind,