I’ve got three things for you to get your paws on today!

Out now at Applique, these will be sold by applier brand and tattoo layers, and as an all inclusive FatPack. 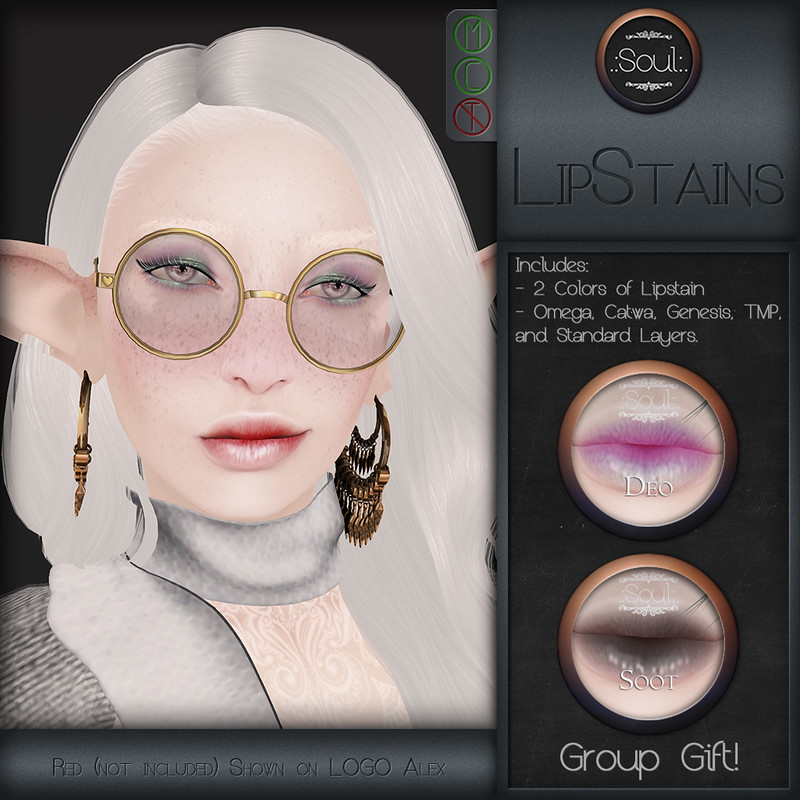 The new V.I.P. Group Gift is now at the Main Store and features two exclusive to V.I.P.s colors of the lipstains! Omega, Catwa, Genesis, TMP, and Tattoo Layers are included.

NSFW talk after the break… 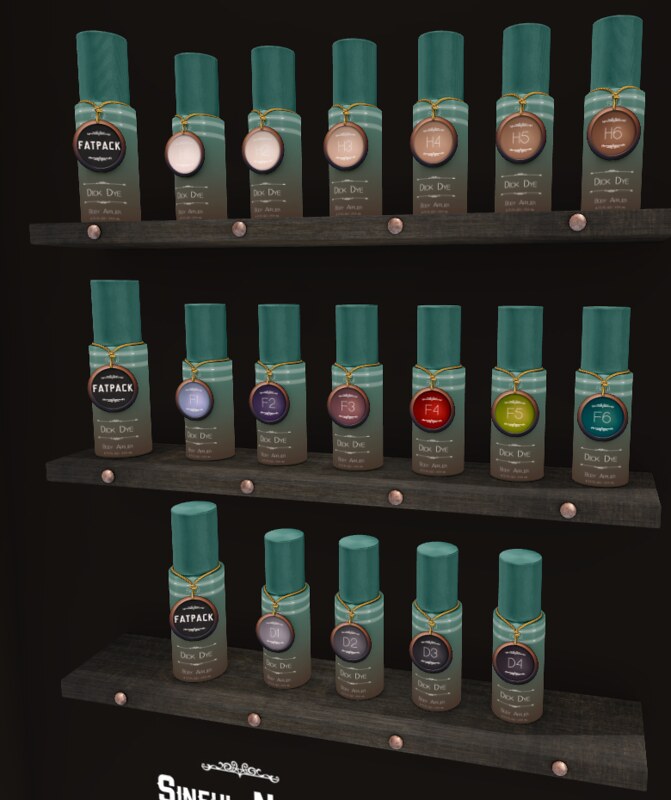 Includes Appliers for the Sinful Needs – Osiris and the Lotus Platinum (might work on others). Sold separately by tone and Tone based FatPacks (All fantasy, Drow, or Human in one bundle.)

> NOTE that if you have any of the Special Edition sets that include body appliers, they have been updated to INCLUDE the Dick Dyes free! Just go to .:Soul:. and grab a Redelivery! <

MALE Sets that have been updated: